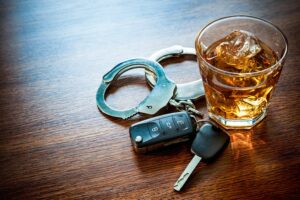 What is Underage Driving While Impaired?

Tennessee has a separate offense for those who are under the age of 21 years of age and operate a motor vehicle while impaired with an intoxicant or who operate a vehicle and have a blood alcohol content (BAC) of .02%.    This offense, codified at Tenn. Code Ann. § 55-10-415 is titled “Underage driving while impaired.”

There are two ways a person under 21 can violate this law.   The law reads:

A person under twenty-one (21) years of age shall not drive or be in physical control of an automobile or other motor-driven vehicle while:

(2) The alcohol concentration in the person’s blood or breath is two-hundreds of one percent (0.02%) or more.

Furthermore, the law provides that the fact that a person was prescribed the drug or otherwise lawfully entitled to use the drug is not a defense under the law.

The offense of underage driving while impaired of those 18 years of age or older but under twenty-one (21) is considered a Class misdemeanor and is punishable in the following ways:

If the person operating the vehicle is a minor – under the age of 18 – then the offense is not classified as a Class A misdemeanor but instead is called a “delinquent act.”  However, the same three penalties apply: drivers license suspension of one year, a $250 fine, and public service work at the court’s discretion.

More on Nashville DUIs Under 21

These are serious penalties.  The loss of one’s drivers’ license for a year places an incredible burden on those convicted.   It can make day-to-day living much more difficult.

In a real sense, this law thus subjects drivers who are 18 through 21 to more onerous restrictions than those drivers who are older than 21.    In other words, the class of drivers who are in this age range (18 to 21) are treated much differently than drivers over the age of 21. One defendant who pled guilty to violating the underage driving while impaired law argued that the law violated the right of equal protection – that similarly situated individuals should be treated substantially the same.   Both the United States Constitution and the Tennessee Constitution protect the right to equal protection of the laws.

The Tennessee Court of Criminal Appeals determined that the law should be subject to the highest form of judicial review – something known as strict scrutiny – because the law requires judges to impose public service and, thus, infringe on individuals’ personal liberty.   Under the strict scrutiny standard of review, the government must justify that its law or regulation serves a compelling – or very strong – interest and be narrowly tailored.

The key reasoning from the Court’s opinion is that the state has a “compelling interest” in “protecting the public from younger drivers who have consumed alcoholic beverages.”   Note that a later Tennessee Court of Criminal Appeals opinion stated that the CCA in Crain had applied the wrong constitutional standard – that it need not apply the high standard of strict scrutiny but perhaps could apply a lower standard, such as rational basis.  But, the key point is that Tennessee courts have ruled the law constitutional.

Get Your DUI Defense Strategy

If you are charged with the crime of underage driving while impaired, you need a vigorous advocate and experienced criminal defense attorney to defend you.  Philip Clark is not only an attorney experienced in criminal law but he also served as a police officer for more than twenty (20) years. He is uniquely qualified to provide quality representation to individuals facing underage driving charges.    If you are charged with this crime, contact Mr. Clark at PNC Law.

Get a 100% Free Initial Consultation!