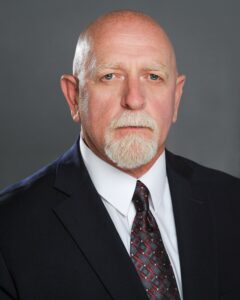 Ken worked in Patrol, Street level Narcotics Enforcement, and as a detective in the Armed Robbery Unit. Ken worked as a Motorcycle officer in the Traffic Division and received Accident Reconstruction training and certification from the Florida Institute of Highway safety.

As a Sergeant, Ken was an instructor at the police training academy in firearms and self-defense. Ken was assigned to a Joint Task force with the U.S. Department of Alcohol Tobacco Firearms, and Explosives.

As a Lieutenant, Ken worked as a Patrol supervisor at several precincts and as an Investigative Lieutenant for narcotic offenses and crimes including homicide. Ken earned a bachelor of science degree from Trevecca Nazarene University in Criminal Justice and law degree from Nashville School of Law.

A veteran, dedicated former civil servant, and lawyer – Ken has the ability to assist you with your legal issues.